During September and October 1944, The Battle at Overloon, the biggest tank battle in Dutch history took place at Overloon. During Operation Market-Garden when the allied troops wanted to widen and reinforce their corridor, the German opponent tried to cut the Allies off. They came to blows on September 30 near Overloon. German Panther tanks and American Sherman tanks fired upon each other continuously. About a week later, British troops joined the battle as well. Eventually, it took almost three weeks before Overloon, and Venray further south, were liberated.

The Battle at Overloon is known as the heaviest tank battle ever on Dutch soil. Liberty Park is established on this battlefield. Were tanks, guns and other vehicles were left behind after the battle a museum rose after the war. On the same soil where once the infantry fought man to man is today a park occupying more than 14 hectares with two theme museums about the war. These two theme museums are the National War and Resistance Museum and the Marshall Museum.

In the National War and Resistance Museum the visitor is invited to think about war and oppression and will experience the occupation and persecution during the war in The Netherlands. The museum gives attention to the Dutch resistance during the occupation and of course the liberation of The Netherlands. Also the Battle at Overloon during the liberation of the southern Netherlands is an important subject in this museum. There are several vehicles from the battle in the collection, such as a German Panther tank and British and American tanks and guns.

The Marshall Museum shows more than 150 historical vehicles, vessels and aircraft, which provide an excellent overview of the military efforts during the Second World War. In a space of more than 10,000 square metres there are layouts that provide a picture of the invasion in Normandy on D-Day and also of the Battle at Arnhem and the Battle in the Ardennes. Also central in the Marshall Museum is the Red Ball Highway. This was the name of the American logistical system used to supply the front-line troops during their advance into France. The materials on display are in top condition and as good as new and almost all

vehicles are made roadworthy again. 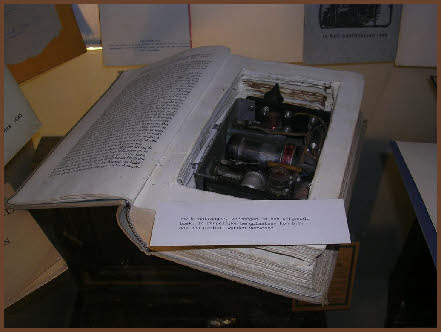 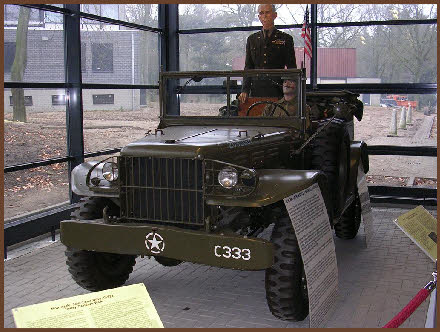 Back to the menu