Franz Gockel was 18 years old on D-Day. He was stationed at Widerstandnest 62, on the beach of Coleville-sur-mer, in the area codenamed Omaha-Beach by the landing forces. He recalls that Germany's most celebrated field marshal, Erwin Rommel, had said in a visit to the troops, that Normandy's beaches were ideal for an invasion. German defence positions were thus strengthened in preparation for an eventual Allied operation. In the morning of 6 June, Gockel and his comrades saw 'a huge collection of ships, which stretched across the whole horizon'. When the battle started, he says, these ships created a 'wall of fire' to give cover to the huge numbers of Allied troops that took part of the landing.

Gockel was shot in the hand in the afternoon. 'You are really lucky', said one of his comrades. 'This is you’re shot home.'

The alarm call into the bunker woke us from a deep sleep. A comrade stood in the entrance and continued to shout the alarm, to dispel any doubt, and urged us to hurry. We had so often been shaken to our feet by this call in the past weeks that we no longer took the alarms seriously, and some of the men rolled over in their bunks and attempted to sleep. An NCO appeared in the entranceway behind our comrade and brought us to our feet with the words "Guys, this time it's for real. They're coming!"

We sprang to action. With carbines in grasp, we ran to our positions. All weariness evaporated. Machine guns, heavy guns, and mortars were prepared. We stood next to our weapons, ready for action, but the night remained quiet. Soon the first message came from the company. In Sainte-Mère-Eglise, enemy paratroopers had landed. Large numbers of ships had departed southern England and were headed toward Normandy.

Our coastal section remained quiet--nothing moved. Was it once again a false alarm? The minutes slowly ticked by, and we stood at our weapons and shivered in the thin summer uniforms. The cook prepared hot red wine. An NCO appeared and checked our readiness, saying, "When they come don't shoot too soon." Then I was alone at my machine gun.

The silence weighed heavily upon us and the tension continued to build. Soon the sound of bomber squadrons could be detected in the air and faded again in the distance. Like before, they would always fly over our sector. It remained quiet for only a short time and with the morning dawn came more bombers. Dark shadows could be detected on the horizon, and we first believed them to be German patrol craft, but soon the shadows grew and became so numerous that all hope was dispelled. The detectable wake from large and small ships increased in number. More bombers approached the coastline, and at Port-en-Bessin, a few kilometers from us, the first bombs fell.

More bombers approached and I stood behind my heavy machine gun with its sights trained on the sea. Once again I inspected the ammunition belt. I attempted to concentrate on my weapon to take my mind away from the impending events. In the recesses of my gun position stood ignition switches for two flamethrowers which were aimed at the beach and the tank trench.

The bombers were suddenly over us and it was too late to spring into the prepared dugout for cover. I dove under the gun as bombs screamed and hissed into the sand and earth. Two heavy bombs fell on our position, and we held our breath as more explosions fell into the hinterland. Debris and clouds of smoke enveloped us; the earth shook; eyes and nose were filled with dirt, and sand ground between teeth. There was no hope for help. No German aircraft appeared, and this sector had no anti-aircraft guns.

The ship artillery was the worst, before the first landing boats came out, there was like a wall of fire coming towards us. It was very - what can I say - well I started praying loudly. And have tried through the praying not to think about what is coming towards us. I just made these quick prayers.

I was standing there until the ships were close to the beach about 500-600 metres away. And just before they were going to land, they were shooting like a rolling wall of fire, and this wall of fire started with the barriers on the beach. The barriers were made of stems of trees, which partly had teller mines, which were shot to pieces so that the landing boats could get through more easily ... and we had put these stems of trees there with the mines.

We believed, if they come, they will only come during a high tide. And now they were coming with a low tide. This was a surprise for us. Partly they were torn to pieces, and partly they were burning, but there were still a few which were standing, because to shoot a single tree to pieces you have to hit it precisely.

At high tide there was a bigger landing boat, which had come after all the small ones. They only had 15-20 men, but this large one, which landed right in front of us had about 200-300 men, they had their exit on both sides and stood bunched up . One comrade who was 50 metres in front of me came crawling into my bunker, and shouted, 'Franz, beware, they are coming. Now you have to defend yourself.' And this is what we both did.

we were shocked, and I, as well as the others, we were defending ourselves, we wanted to survive. They were not our enemy ... we did not know them, and we had no chance to say yes or no to what was happening.

The opponent wanted to 'defeat' us, as it was called in those days, and we did our best in order to repel this opponent, and we did not think about the individual human being. When the landing troops arrived, we said that on every single boat there were more soldiers then in our entire bay of six kilometres.

Each ship had a few hundred, and we had about three to four hundred. Each resistance post had 20 to 25, and each boat was spitting out 30, 50, 100. In the beginning our artillery, which was already trained at the beach, was showing us the aim. And the artillery did manage to bring the attack to a stop in the first two to three hours.

When I was wounded in the afternoon, the next comrade, who was 50 metres behind me, saw that my hand was wounded with some of the fingers hanging down, and he said, 'Gosh, be glad, This is your shot home, we don't know how we are going to get home.'

I hoped I would manage to get back, I went on small paths, not on the main road. I heard that later comrades had fallen who had tried to rescue themselves by taking the main road. We did not think of withdrawal, we were only thinking about holding our position, defending and hoping to survive.

But we were trained beforehand to fight to the last. You have to hold the position. Also before, when there were discussions, nobody ever mentioned withdrawal, only ever fighting in order to hold back the invasion.

Extract from: Voices of D-Day: The Story of the Allied Invasion Told by Those Who Were There, edited by Ronald J. Drez. 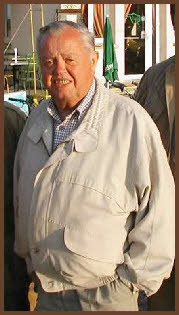 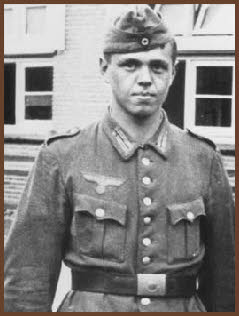